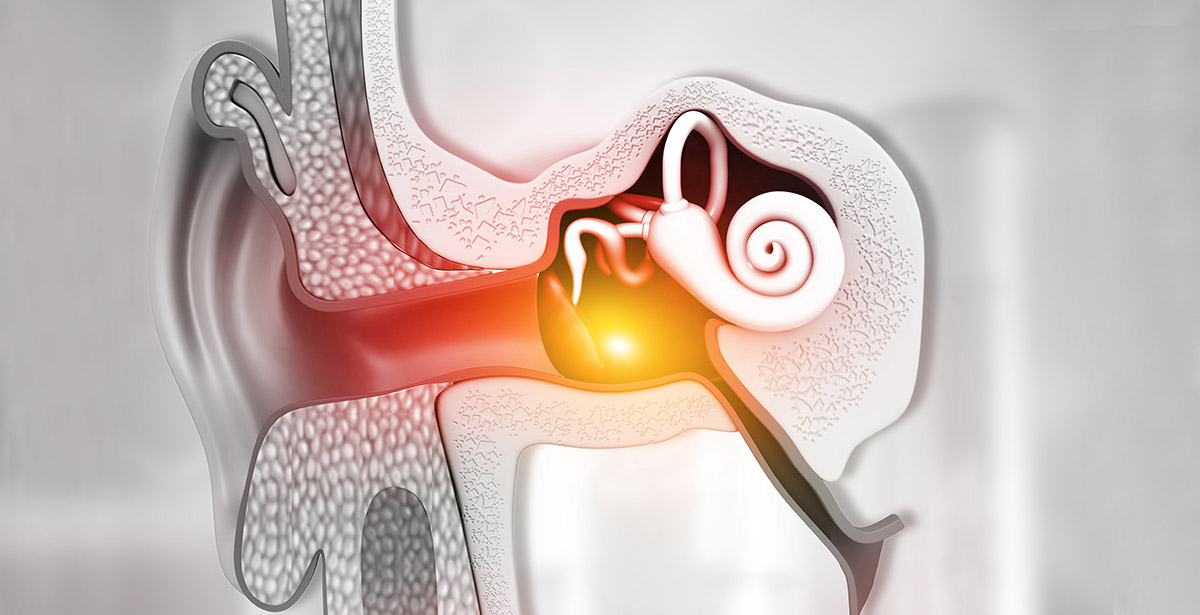 A cholesteatoma is a skin growth that occurs in an abnormal location, the middle ear behind the eardrum. It is usually due to repeated infection, which causes an ingrowth of the skin of the eardrum. Cholesteatomas often take the form of a cyst or pouch that sheds layers of old skin that builds up inside the ear. Over time, the cholesteatoma can increase in size and destroy the surrounding delicate bones of the middle ear. Hearing loss, dizziness, and facial muscle paralysis are rare but can result from continued cholesteatoma growth.

Although this is not a cancer, ear cholesteatoma can be dangerous and should never be ignored. In the short-term, cholesteatoma will cause ear pain, drainage, and conductive hearing loss. Bone erosion can cause the infection to spread into the surrounding areas, including the facial nerve, inner ear, and brain. If untreated, permanent nerve deafness, brain abscess, meningitis, and rarely death can occur.

A cholesteatoma usually occurs because of poor Eustachian tube function as well as infection in the middle ear. When the Eustachian tube works poorly perhaps due to allergy, a cold or sinusitis, the air in the middle ear is absorbed by the body, and a partial vacuum results in the ear. The vacuum pressure, in certain individuals, can then suck in a skin-lined pouch or sac by stretching the eardrum, especially areas weakened by previous infections. This sac often becomes a cholesteatoma.

A rare form of cholesteatoma is congenital, in that it is present at birth. It is a developmental anomaly limited to the middle ear wherein a knuckle of eardrum skin is accidentally incorporated into the developing middle ear space in utero. The diagnosis of this problem is often made by the child’s pediatrician, who sees a white ball-like mass in the middle ear behind an intact eardrum.

Initially, the ear may drain, sometimes with a foul odor. As the cholesteatoma pouch or sac enlarges, it can cause a full feeling or pressure in the ear, along with hearing loss. (An ache behind or in the ear, especially at night, may cause significant discomfort.) Dizziness or muscle weakness on one side of the face (the side of the infected ear) can also occur. Any, or all, of these symptoms are good reasons to seek medical evaluation.

An examination by a head and neck surgeon can confirm the presence of a cholesteatoma. Initial treatment may consist of a careful cleaning of the ear, antibiotics, and ear drops. Outpatient therapy aims to stop drainage in the ear by controlling the infection. The extent or growth characteristics of a cholesteatoma must also be evaluated, with some tests which include hearing and balance tests and CT (computerized tomography) scans of the temporal bones which house the ear. These tests are performed to determine the hearing level remaining in the ear and the extent of destruction the cholesteatoma has caused.

All cholesteatomas require surgical treatment to restore ear safety and hearing and protect the patient from serious complications. Surgery is performed under general anesthesia in most cases.